The 5th documentary by Eric Merola

“An engaging look into an enormous corruption scandal that went almost entirely under the radar.”

“… the film ultimately presents yet another indictment of those who crush with impunity whatever stands in the way of their power and profit.”

Andorra, a tiny, independent country situated between France and Spain in the Pyrenees mountains with a total population of 80,000 people found itself at the center of one of the most convoluted and outrageous bank robberies in modern history: on March 10, 2015, Banca Privada d’Andorra (BPA), a private bank in Andorra, was shut down by Spanish, American, and Andorran governments in Spain’s efforts to destroy the Catalonian Independence Movement thus leaving dozens of innocent civilians facing prison for money laundering crimes that never existed, and scores of innocent families have had their entire life savings stolen from them.

The incentive for the Spanish government to destroy BPA was part of Spain’s ongoing “Operation Catalonia”—a covert state-sponsored war-like operation to undermine the progress of Catalonia’s efforts to separate from Spain due to generations of humanitarian and economic repression Madrid has inflicted upon Catalonia. America’s incentive was to protect Spain’s interests, as an ally of the United States. Andorra’s incentive appears to be purely economical on behalf of its leadership.

A little known fact presented in THE ANDORRA HUSTLE: America’s FinCEN (US Department of Treasury’s Financial Crimes Enforcement Network) has the power to shut down any bank in the world with a single press release called a “Section 311” – part of the USA Patriot Act—without requiring any evidence of wrongdoing, under the guise of “protecting the world’s financial system”. Spanish Police presented fake evidence of money laundering to America’s FinCEN, resulting in America issuing a “Section 311” against BPA. In the weeks following, the American private equity firm J.C. Flowers purchased the newly destroyed BPA at an 86% discount—precisely verbatim as Spain warned would happen to BPA.

Most mainstream news reporting on the closing of BPA have reported that BPA was shut down due to money laundering activity concerning the Sinaloa Drug Cartel, the Venezuelan government, and Russian and Chinese mafias. This documentary examines these money laundering charges in a forensic fashion, proving that BPA was categorically innocent of these crimes. THE ANDORRA HUSTLE gives the audience a well-researched narrative that contradicts all mainstream news coverage of these events.

This is the fifth feature documentary for Eric Merola. 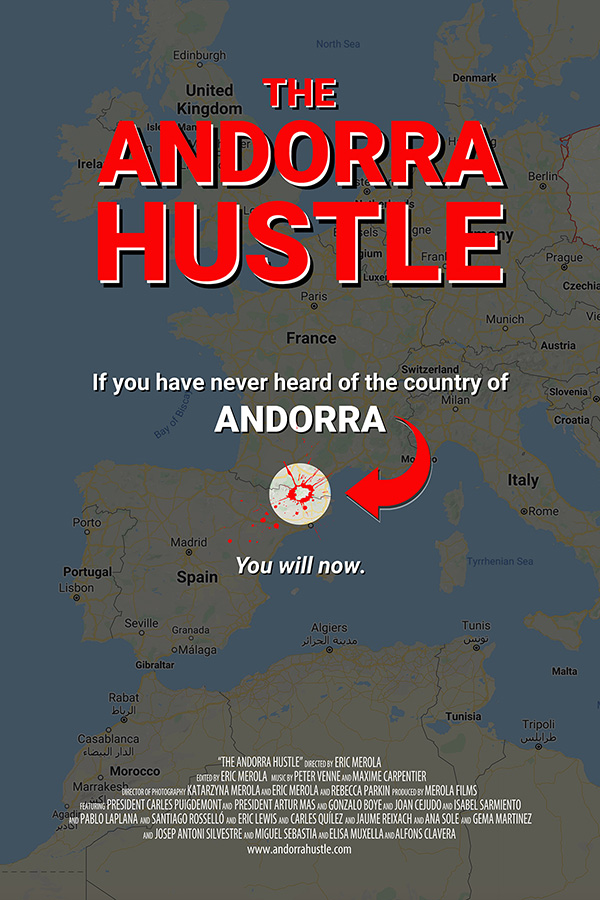 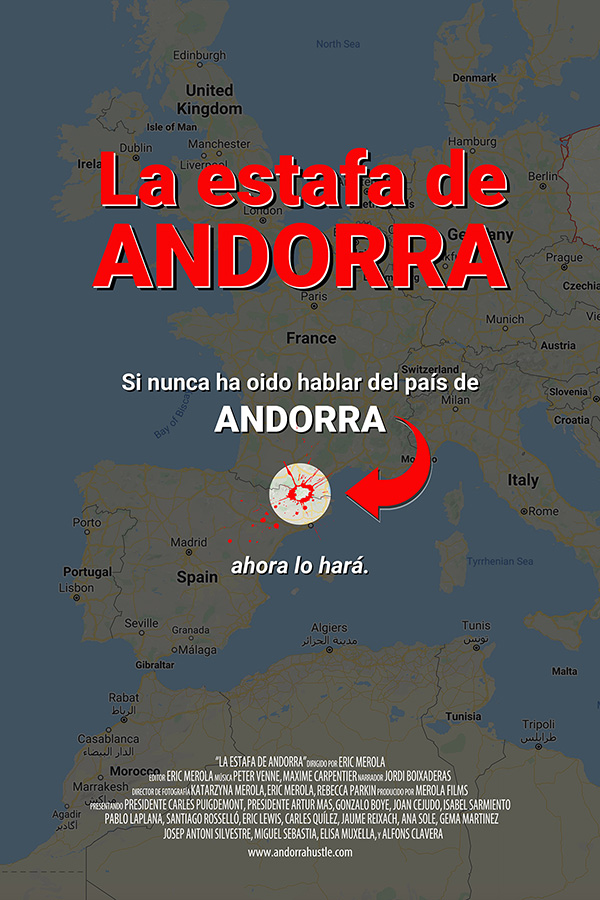 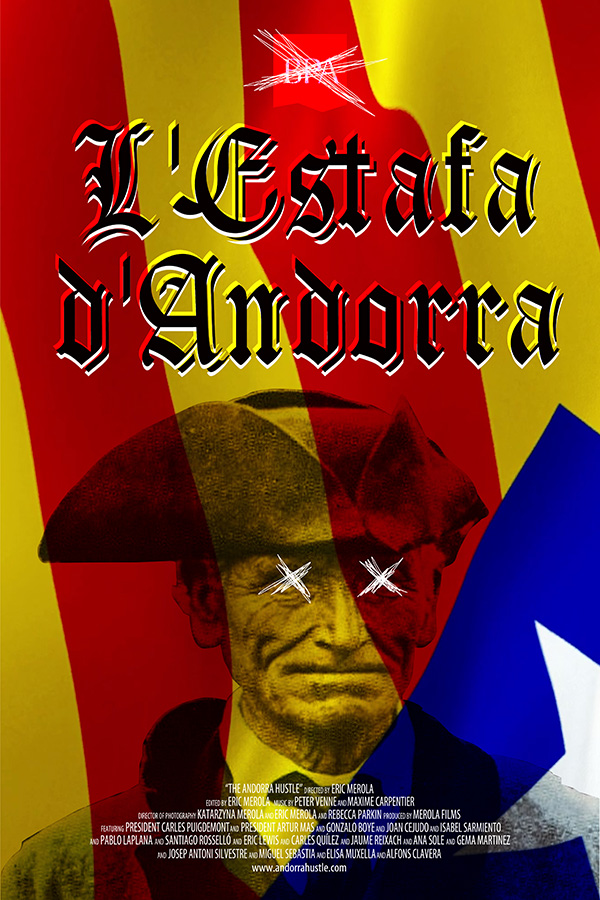